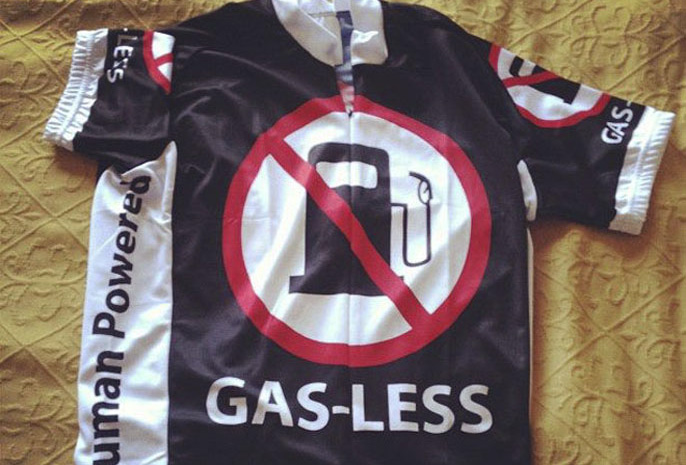 For the past 7 years I have attended the AIGA Y-Conference hosted by the San Diego chapter, a two-day gathering of creative rock stars mixed with a relaxed So-Cal atmosphere. It is one of my favorite times of the year, for more reasons than just getting to geek out on paper samples and fonts. In 2008, on my 3rd visit, Y13 was dedicated to sustainability in design which coincidentally coincided with this designer beginning to explore cycling a means of transportation. Since that time my perception of what sustainability really means have evolved, quite a bit, as well as that little bike obsession.

The purpose of Y13 was to get us thinking differently about how we used and abused our natural resources as it pertains to the marketing industry. Which it did, I remember talking with people about how they recycled office paper, requested soy based inks – which are now mainstream – and were customizing packaging designs to a parent sheet size of paper so as to have a little waste as possible.

However, Y13 for me lit a fire that is still burning. I don’t take the concept of sustainability lightly, I’m not an aggro environmentalist, but when 40% of US urban travel is 2 miles or less, 90% of which are done by car – how can anything I do to be sustainable in my profession matter when in a town like Los Angeles, a day trip from office to printer to client can easily push above 50 miles by car.

This and my growing passion for cycling caused me to first bike commute the 150 miles to the conference from Burbank to San Diego in 2010. I combined train with bike and knocked a few peoples socks off, the next year…the had me stand up to the roaring applause of 300 people. I heard stories afterward about designers buying bikes, others riding their kids to school on bikes, and it touched me heart that people were genuinely inspired by this crazy designer who rides a bicycle, a lot.

This year, Y17, the concept ironically is “Drive” – more how do we drive ourselves to innovate in design, or for example drive ourselves to accomplish big goals. As a cyclist I have improved leaps and bounds over the past year, riding over 5,000 miles last year alone. I had to “drive” myself to push beyond my limits and succeed. Before today, the most miles I had ridden in one day was 120 – I challenged myself to get to the conference this year completely GAS FREE. No train, no subway, no bus or carpool – just pedal power.

In the weeks prior I focussed on training and diet, I psyched myself up, I tweeted the crap out of the goal, more so that I would mentally hold myself to it. That goal became 150 miles, human powered. Even up to the night before I was nervous, the route took me through some dangerous part of Los Angeles, and featured some climbs at mile 130 that are hard any day.

The morning of my alarm went off at 2:45am, the drunks were just getting home. I rubbed my two kitties bellies goodbye and rolled out of my garage at 4am. The goal was to get through the worst parts of LA before the major industrial and commuter traffic began. You see, we have a dedicated separate bike path that follows the LA River, however there are 10 miles in the middle where you have to navigate through downtown and factories, before picking up the path again in Vernon. It stinks…literally and mentally. I was most nervous about this section, but 1.5 hours later I made it to Vernon without a hiccup and made haste for Long Beach! It was still pitch black out, and many a bum lit up my route with garbage can fires.

40 miles from home, and 3 hours later – Long Beach came into site – the blinking red lights on top the cargo unloaders twinkled just as dawn approached. Luckily I’ve ridden these areas enough to have set places where I stop, fuel up and stretch…a long break was due, as well as warm Starbucks. Unluckily, as I was inhaling calories, my front tire was losing air. Apparently my tire had a disagreement with a thorn…just as I was about to continue on I noticed the tire. A quick change and my mind was off the problem. Cyclists use CO2 cartridges to fill a tire quickly – and so beyond eventually needing to stop at a bike shop to top off everything I brushed it off.

From Long Beach to Laguna Beach, the terrain features nice shallow sweeping rolling pavement, the sun was coming out now, and so were the bourgeois drivers. Bike lanes go in/out throughout Dana point, and you end up fighting for road space with a countless number Lexus, BMW, Bentley and the like. Oddly, instead of a beamer, it was a gravel truck that veered too close and badly buzzed me within 2 feet, wish I was fast enough to catch his license plate, sadly it happens a lot and you move on.

The cars may be one thing but for the most part, the riding is spectacular – Laguna beach features giant cliff like rollers, where you fly downhill on one side and use the momentum to get as far as you can up the other. My max downhill speed was 37.5mph.

As the day rolled on, I generally stopped every 20 ish miles, or right about when my back couldn’t handle riding anymore. Between having the bad graphic designer shoulder and always being hunched over a bike, my right shoulder/neck are a mess. Mile 81 in San Clemente is where Mom told me the Tagalong Link wasn’t on…oops! It’s also where me and Advil got to know each other.

Good news is that I was already past the half way point and about to roll a century! San Clemente is a sweet little beach town, I stopped into a shop to air up my bum tire and wound up meeting some fellow Wolfpack Crash Racers…I also waved hello to the nuclear boobies.

What a lot of people don’t know is that the stretch of the 5-Freeway where there are no roads besides the freeway going around Camp Pendelton – there is actually a bike path! It starts at San Onofre State Beach, and you get to ride on the old abandoned PCH for a few miles. A very surreal experience because its as if you are just riding your bike on a freeway straight out of a zombie apocalypse movie. One of my favorite parts of the day.

Getting onto Camp Pendelton is easy, at least for girls in the right gear, hipster boys are pushed to take the freeway. Really, they let any bicyclist on to ride through after showing ID during daylight hours only. Their only main requirement is that you wear a helmet.

After Pendelton is Oceanside, followed by more sweeping hills on through to Leucadia and Solana Beach. Mostly all bike lane striped. By this point my shoulder was absolute toast. I broke out the salt electrolyte vitamins and more iron to keep my blood pumping oxygen where I needed it.

I rolled into Solana, starving but really feeling good overall, I started to realize that I could do this and I was going to. Baring a major injury, no simple muscle pain was going to stop me now.

What later would stop me, were the FLATS! 3 in a row to be exact. Luckily it didn’t start happening until after I finished the behemoth CAT 4 climb of the day up Torrey Pines…but descending La Jolla Shores is when my friend the front tire reared its ugly head again…and again.

Something I love about cycling is the camaraderie, just about everywhere you go, if a cyclist is in trouble – other cyclists stop to help. Lend a tube, a patch, a pump or even a simple hand. We carry extra tools and tubes just in case. It wasn’t more than 5 minutes before one person came to lend a pump, then another offered their house a block away to fix the wheel properly. Unfortunatelly the bike had other plans, she ate through two more tubes, we couldn’t figure out where the holes where coming from but got it patched enough where I might be able to get to the hotel…wrong. 1 mile later it was flat again.

This is the part where I cross myself and thank the heavenly Steve Jobs for inventing the iPhone – otherwise I would have never hooked up with California Bicycle in La Jolla…it took some crafty limping and slow riding but I made it over there, and they stayed open past close to help me out. Props. Turns out my protective tire liner to prevent punctures was slicing holes in my tubes. My tubes were swiss cheese. Total time down from flats..1 hour 15 minutes.

From bike shop to hotel – it is 14 miles, which were 14 adrenaline filled miles. I dug out every ounce of imaginary energy I had and shot across the city. Nothing was in my way…even took extra time at the end so I could roll a full 150 miles since my hotel was at mile 149.5 – no sense in coming all this way and not having a nice big even number!

So there you have it, One Graphic Designer, One Bicycle, No Gasoline, One Conference…and a lot of beautiful coastline. Cue the following: